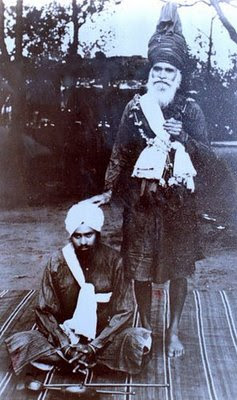 A small samadh of Baba Mit Singh ji can be found in and around Gurdware Mata Sahib Devan in Maharastra,this article will be featured on the upcoming website http://www.nihangsingh.org/ which is being produced by the Budha Dal sangat at Raqba, this website will contain many such bios of Nihang Brahmgyanis and is dedicated to the memory of Baba Mit Singh ji.
Article written by Valli Singh.
Posted by Nihang Singh and others at 09:54