In the land of Ranjit Singh are a kind of military fakirs, highly respected and revered by the nation, and even deemed sacred; they are called Akali, Immortal. This sect was originally founded by Guru Govind Singh, the tenth Guru of the Sikhs. The Sikhs were formerly a spiritual people, and did not aspire to temporal power. They were however in the habit of disturbing the peace of the country, and resisting the authority of the Mohammedan Government, owing to the religious animosity which natuturally existed between them. This ied to the persecution of the sect, and in the time of Aurangzeb, Emperor of Delhi, the Mohammedans succeeded in seizing the Guru Tegh Bahadur, the ninth Priest of the Sikhs, who was put to death at Delhi. Guru G ovind Singh, on his accession to the Primacy, 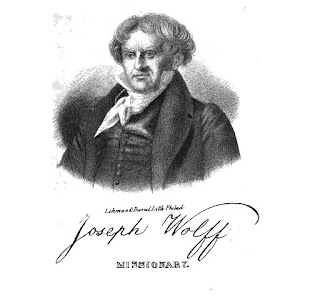 invoked the vengeance of God for this insult, and determined to prosecute a war against the Moghul. After various successes he was defeated, and obliged to abandon his country. He honoured those of his followers, who remained firm to him in his contest with the Moghuls, by the nomination of Akali ,or the Immortal; and from that time they became a mendicant race. The Sikh became independent during the reign of Farukh Shah, the Emperor of Delhi. The Akali increased in number, and they were noted for their predatory and fanatic habits and impertinence. Seventy years ago the Sikhs established their authority in the Punjab. The Akalis wear a distinctive dress of dark blue, and a high cap, in which they generally wear iron rings, resembling a quoit, which the Sikhs formerly used as an emblem of war.
Posted by Nihang Singh and others at 07:07

BHAI SAHIB WAHEGURUJI KA KHALSA WAHEGURUJI KI FATEH. I FIND YOUR SITE VERY INFORMATIVE AND VERY INTERESTING TO READ. I JUST BY CHANCE HAPPENED TO STUMBLE UPON IT YESTERDAY. TODAY I WAS READING ABOUT THE AKALIS. I HAVE A COUPLE OF QUESTIONS FOR YOU. I WOULD BE DELIGHTED IF YOU COULD ANSWER THEM WITH REFERENCE TO A PARTICLE PAGE OF A PARTCULAR GRANTH, IT WOULD BE ABSOLUTELY FABULOUS. QUESTION 1)DID GURU GOBIND SINGH MAHARAJ EAT MEAT.IF HE DID, THEN PLEASE TELL ME WHERE IT IS WRITTEN. IF THIS IS TRUE THEN DID ANY OF OUR PREVIOUS GURUS EAT MEAT? QUESTION2) IF THE ABOVE IS CORRECT THEN WHY IS IT WRITTEN IN GURU GRANTH SAHIB MAHARAJ NOT TO EAT MEAT? AS FAR AS EVERYBODY KNOWS GURU GOBIND SINGH MAHARAJ GAVE GURUGADDI TO GURUGRANTH SAHIB JI MAHARAJ, THEN WHY DO NIHANGS EAT MEAT AND DRINK CANNIBES. SINGHS ONLY CONIDER GURU GRANTH SAHIB AS THEIR GURU AND WHE WHEN THE GURU IS SAYING NOT TO EAT MEAT THEN WHY DO NIHANGS KILL GOATS. DO THEY NOT BELIEVE IN GURU GRAANTH SAHIB MAHARAJ AS THEIR GURU.